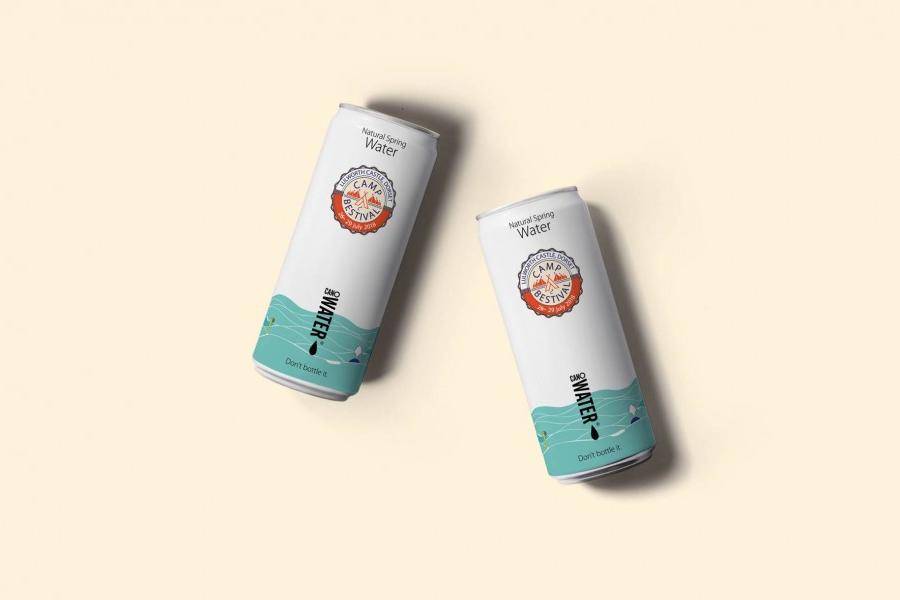 We're excited to announce that all onsite bars at Camp Bestival will now stock CanO Water in place of plastic water bottles. Josie and Rob da Bank’s decision to replace single-use plastic water bottles with a canned alternative comes in the wake of The Final Straw campaign banning plastic straws from their festival portfolio, and the Association of Independent Festivals (AIF) Drastic on Plastic initiative, which has seen over 60 festivals pledge to eradicate single use plastics from their events by 2021.

“We’re very serious about reducing the plastic waste at our festivals, which we know is a problem that needs solving. We’ve already launched The Final Straw and joined the Drastic on Plastic campaign, so getting rid of plastic water bottles and using CanO Water’s 100% recyclable cans on our bars is a big step ahead in our mission. We’d love for all the traders on site to be plastic free right now but we’re also realistic that can’t happen overnight. Our goal is 2021 but we’re going to do as much as we can before that date and bringing in CanO Water is an important step that we’re pleased we can make this year.” Rob da Bank

"We’re excited to work with Bestival this summer to significantly reduce plastic waste and help the festival take steps to become even more eco-friendly. Replacing plastic bottles with our infinitely recyclable cans is a big win for the environment, but a bold move from Bestival which other festivals should take notice of." CanO Water co-founder Ariel Booker

The decision to stock CanO Water this year is a significant move toward the final goal of removing all single-use plastic waste from the festivals and will see all Camp Bestival-run bars retailing still and sparkling water in fully recyclable 330ml aluminium cans. Almost 70% of aluminium cans are currently recycled worldwide, making them the most recycled drinks container on the planet.

Since its launch in January, the response to The Final Straw campaign has been huge with full AIF support and a collaboration of Dutch festivals, called 'Green Deal - waste free festivals', whose members include Amsterdam Open Air, DGTL, and Extrema Outdoor, among many others, coming on board to ban plastic straws at their festivals.

Aluminium Facts:
- Close to 70% of all aluminium drinks cans are recycled globally, making the aluminium drink can the most recycled drinks container on the planet.
- Anything made of aluminium can be recycled infinitely – not only cans, but aluminium foil, food trays, window frames, automotive components. All can be melted down and used to make the same (or other) products again.
- Every minute of every day, an average of 113,200 aluminium cans are recycled.
- Used aluminium drink cans can be recycled and back on supermarket shelves as new drink cans in as little as 60 days.
- If all aluminium cans were recycled in the UK, we would need 14 million fewer dustbins. Tidy!
- Around 5.9 billion aluminium drinks cans are recycled in the UK every year. That's enough to circle the world almost 18 times if laid end to end.
- Recycling one tonne of aluminium saves the carbon dioxide emissions of driving nearly 27,000 miles.
- Recycling one aluminium can saves enough energy to run a television for three hours.
- Recycling aluminium takes 95% less energy than producing it from its raw materials. The recycling process also generates only 5% of the greenhouse gas emissions.
- 75% of the almost one billion tonnes of aluminium ever produced is still in productive use, some having been through countless loops of its lifecycle.