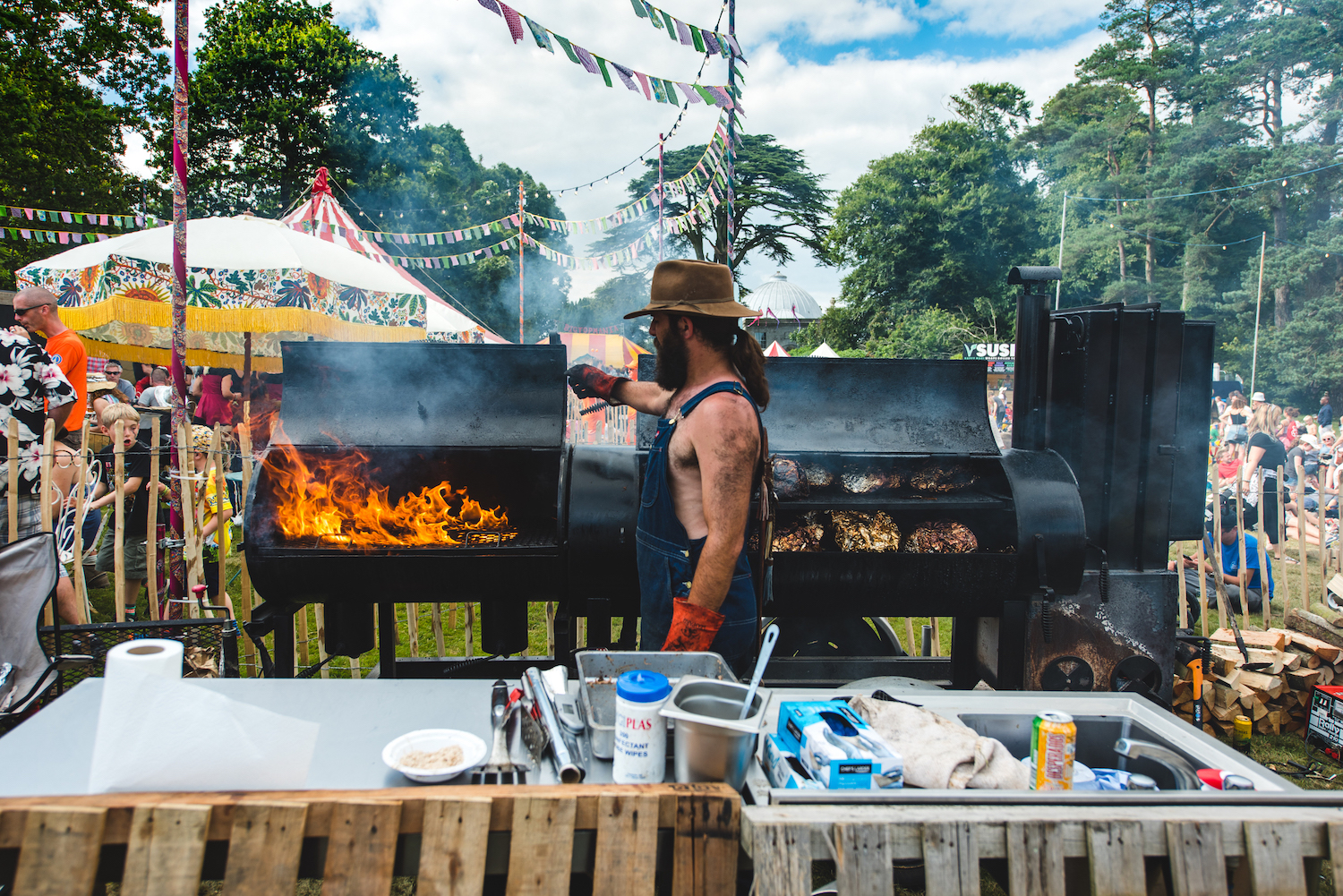 He’s the king of the coals, so we are delighted that festival land’s greatest grilling machine DJ BBQ will host a flaming great big gala of food and music at this year’s Camp Bestival.

Join DJ BBQ for the ULTIMATE party when our Lycra-clad hero will be accompanied by a host of sizzling friends for a frenzy of feasting and tastings across the weekend.

You can take part in beer and cider tastings from Sharps and Thatcher’s (as long as you’re an adult that is!), get breaducated by David Wright AKA the Breaducator, learn all about foraging and game from Nick Weston, known to his friends as the Hunter Gather Cook, and if you’re lucky you could even sample some of the very limited but totally EPIC dishes being rustled up by an array of the finest guest chefs, that include Nathan Outlaw, Liz Norris, Ben Tish, Nokx, Phillip Juma, Marcus Bean, and more.

But of course, he’s not called DJ BBQ for his grill skills alone. Adding more than a soupcon of baking beats and roasting riffs, our host will be joined by friends galore for a series of incredible DJ sets that will ensure that whatever goes on those hips come right back off again. So, make your way to The Feast Collective in the Upper Kids' Garden because this is something not to be missed!

Your Stage Times Are Here!

Barclaycard is your pass to exclusive event perks