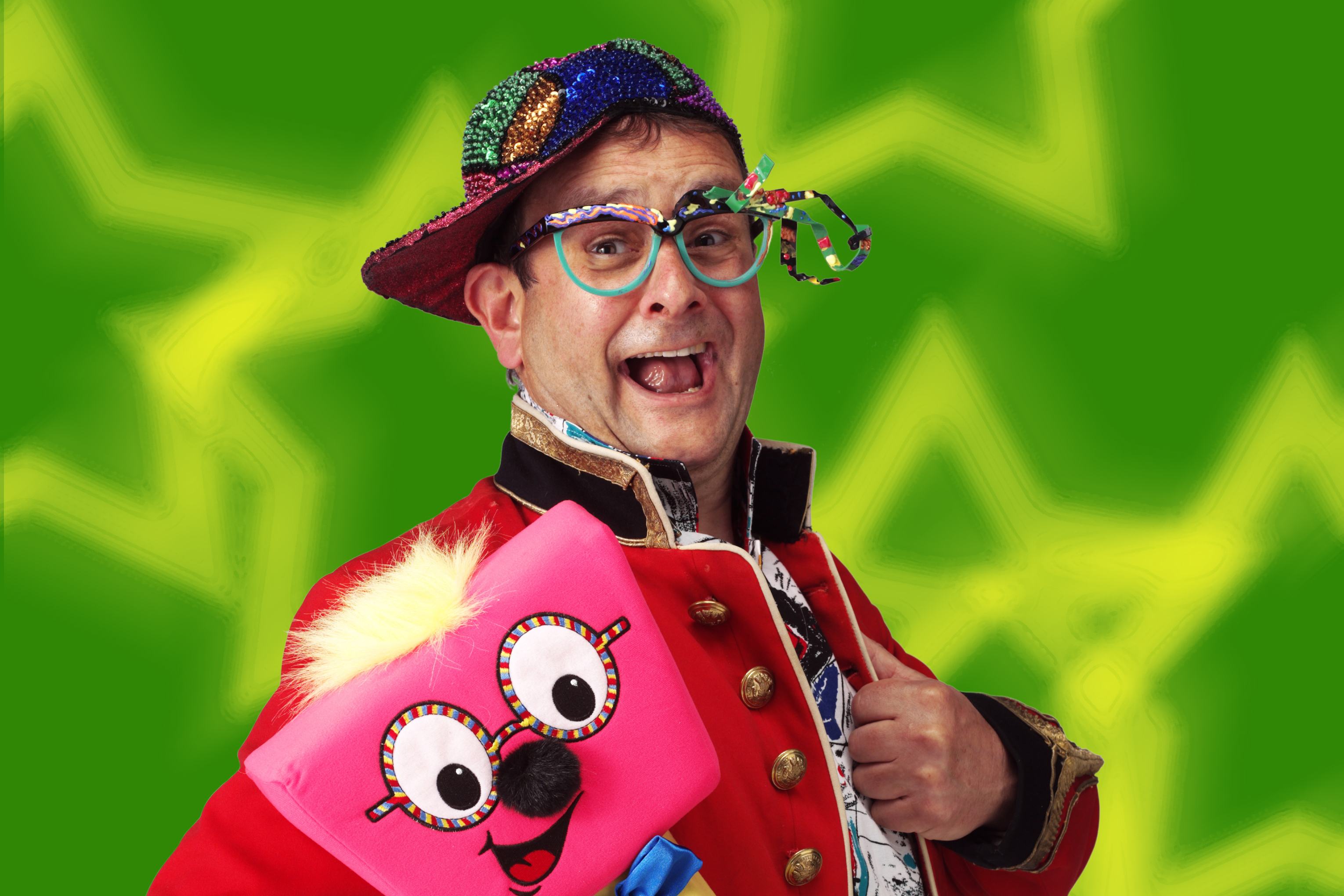 Itsy Bitsy Timmy is best known as the utterly brilliant colourful man with the Mallet!

What you don't know is that he has topped the charts in a dozen countries around the world,
- Is an accomplished artist selling originals and limited edition prints in galleries all over the country;
- Owns hundreds of pairs of specs;
- Delighted the nation when he bashed Mrs. Thatcher with the Mallet;
- Terrified the World by giving a break to Mike Myers & Chris Evans among others;
- Runs his own Brilliant TV production company;
- Built a pole house on the Great Barrier Reef;
- Supports Downs Syndrome and Children’s charities;
- Is patron of the only Prime Ministerial library in the country;
- And loves watching and playing football (strangely he supports lowly Oxford United). He once spent four days sitting on every seat at Manchester Utd and Manchester City! (he said it was for charity but we think it was to get to try and find the best view).