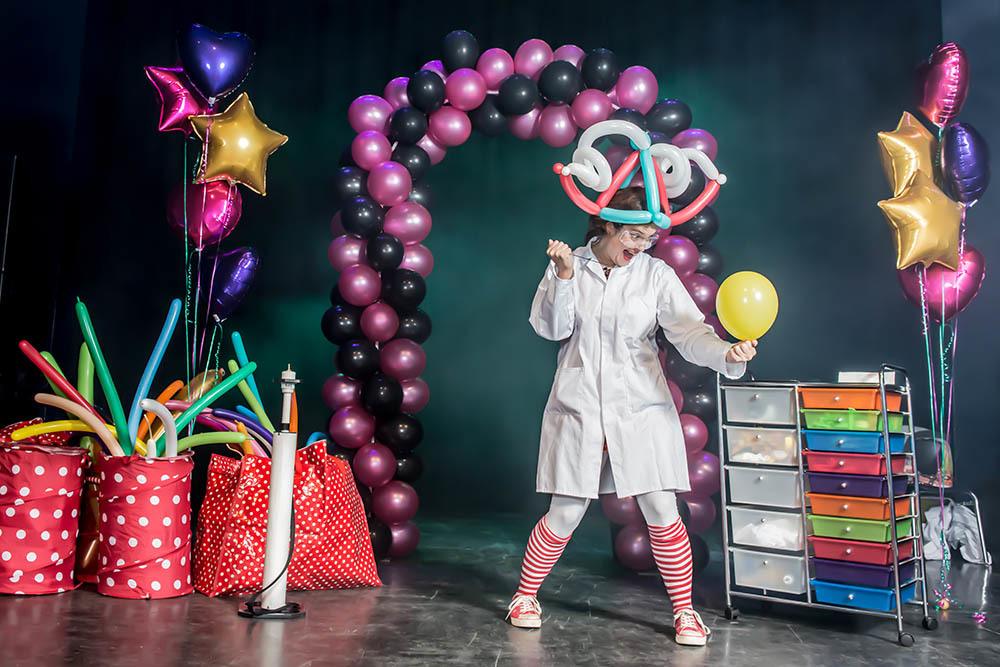 The Balloon Science Show is full of thrills and spills, pops and bangs. The audience will help set up experiments and make lots of predictions on what they think might happen!

A range of topics are covered within this Balloon science extravaganza;

Atoms, Molecules and Polymers
When you make a balloon kebab? Why doesn’t it explode?

Friction
We make a balloon dog by taking advantage of a few forces and quite a bit of friction.

Physical Reaction, Carbon Dioxide
What happens when you mix a popular carbonated drink with a minty sweet? Watch out for a real fizz-ical reaction!

Static Electricity, Protons, Neutrons and Electrons
As Paula Abdul once said, opposites attract and Protons and Electrons are highly attracted to each other.
You will never look at a balloon the same way again.