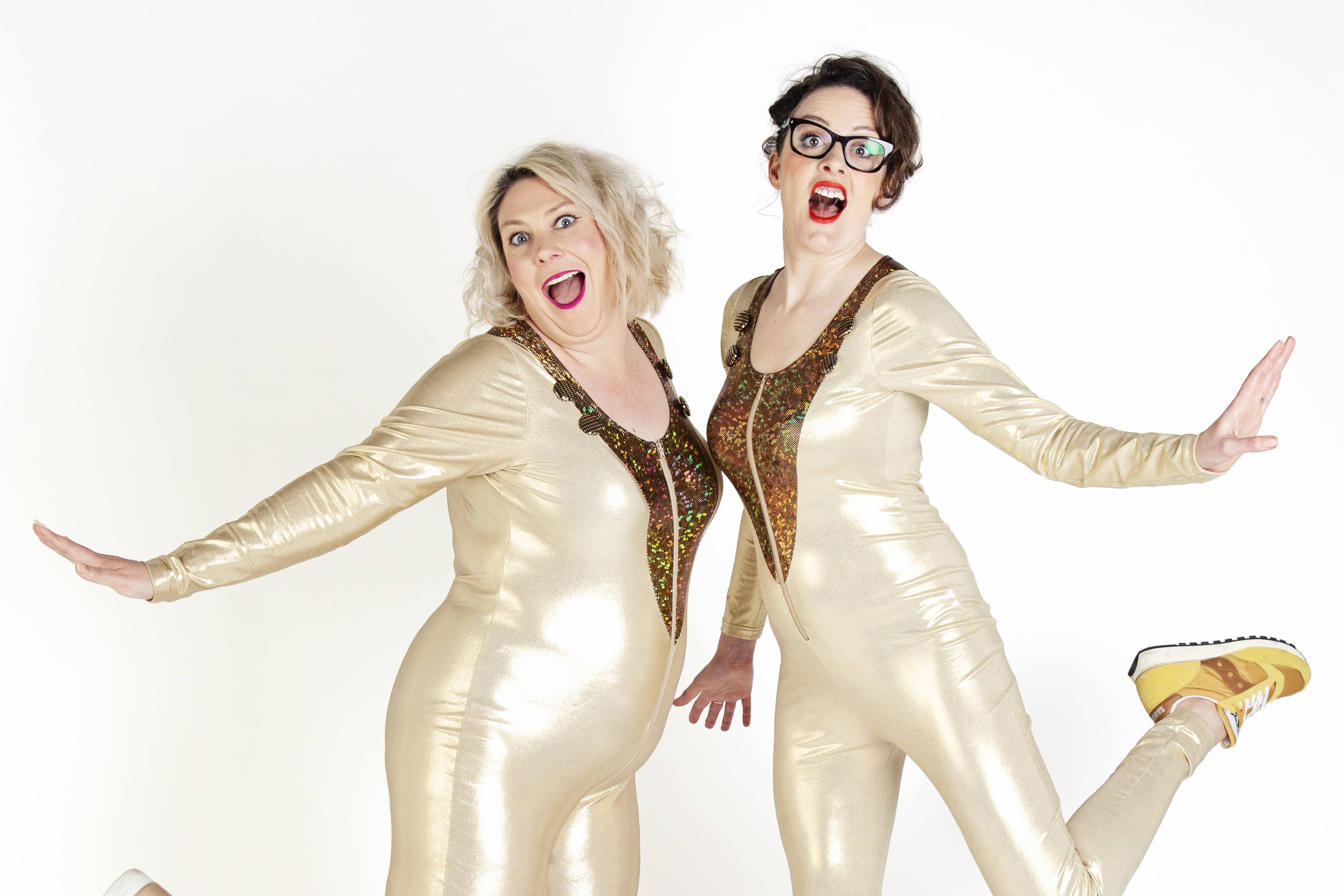 Together Ellie Gibson and Helen Thorn are the Scummy Mummies, a comedy duo that celebrates the scummier side of parenting with sketches, songs, and top quality boob jokes, all of course, in their trademark gold catsuits.

In 2019, they performed their debut Edinburgh Fringe show and sold out the entire 25-night run. They received 5-star reviews and were featured in three Top 50 Jokes of the Fringe lists, including GQ and iNews.

They host one of the UK's most popular parenting and comedy podcasts. Launched in July 2013, it was an instant hit, and has since been downloaded over 3 million times in more than 150 countries. The podcast has been recommended by The Telegraph, The Sunday Times, The Guardian and Woman’s Hour.