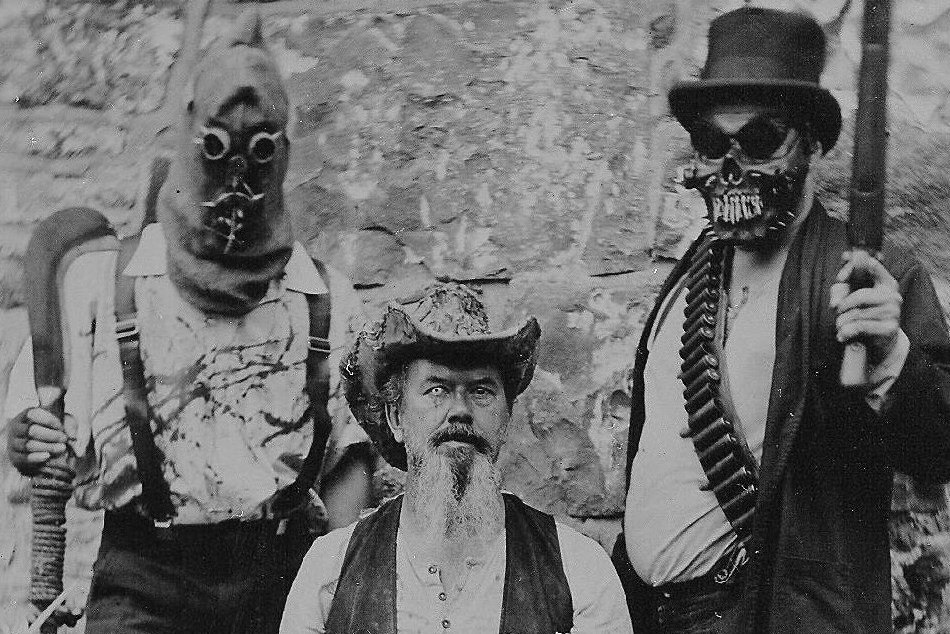 The Wattingers embrace the wild diversity of industrial gothic steam western steampunk and other subcultures that exist and strive against narrow and restrictive definitions.

Created in 2008 by Martin Wattinger, The Wattingers are a 2 -3 piece act performing against a backdrop of synchronized videos.

The music is simply described as 'Slaughterhouse Blues', stripped down to the bare bones, inspired by old blues and prison ‘hollers’, Musically The Wattingers are influenced  by The Birthday Party, Screaming Jay Hawkins, The Bad Seeds, Gallon Drunk, Howling Wolf, The Butthole Surfers, the Beasts Of Bourbon, Jawbone, Captain Beefheart, and Tom Waits to name but a few.