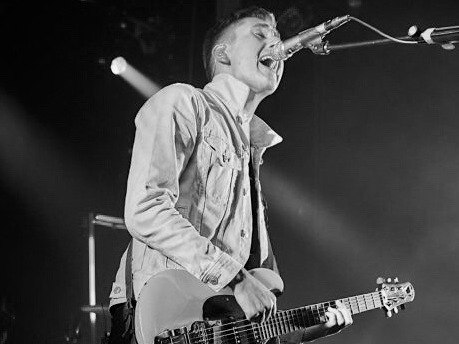 With their 2017 debut album ‘Live For The Moment’, Sheffield quartet The Sherlocks established themselves as key contenders in a new wave of British bands keeping alt-rock and indie vital for a new generation of fans. The album fired into the charts at #6 as the band inspired devotion wherever they went, from shows with Liam Gallagher, an international array of festival dates to rapturously received shows in Japan.

"Kiaran Crook is becoming a poetic lyricist...Foremost, the 11 highly anthemic songs all have arena-sized choruses, which deserve to be widely heard and loudly sung." - The Guardian

“Ambitious and powerful, the sky’s the limit with these ballsy tunes.” - Daily Star

“40 minutes of anthemic indie-pop bangers. The Sherlocks have taken their sound to the next level. ...it's nothing short of brilliant." - Dork