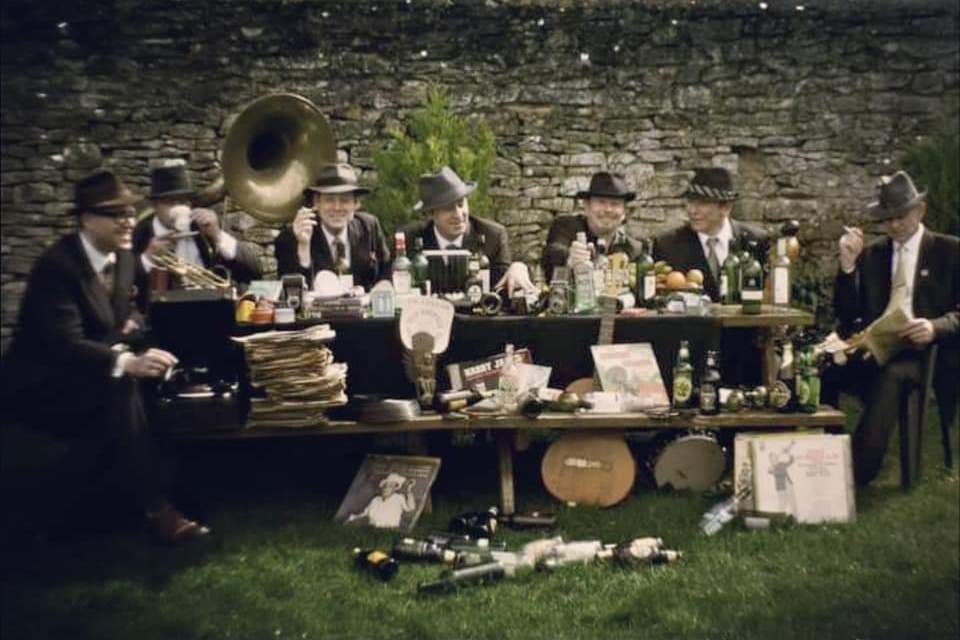 The Original Rabbit Foot Spasm Band have earned a reputation as the loudest, most explosive group in British trad jazz history, clocking up thousands of shows across Europe over the past 15-years. Founded in the shadow of the old Cowley car plant in East Oxford by vocalist and kazoo player Stuart Macbeth, the band’s own songs pay homage to the spirit of legendary musicians such as Nat Gonella and Lonnie Donegan, while also tipping their hat to figures from the murky origins of recorded sound. For their appearance at Camp Bestival they will be performing songs from their highly anticipated third LP Victoria, which has been described as “ a love letter to public transport.” In the victoria-era line up of band Macbeth is joined by a brass section of Scrapper Townsend (trumpet), Ross Law (trombone) and Red Wilkins (saxophone/hot fountain pen) and a rhythm trio of Fingers Brotherton (guitar) Harry Garretty (bass) and Pete “Uppercut” Lumley on drums.