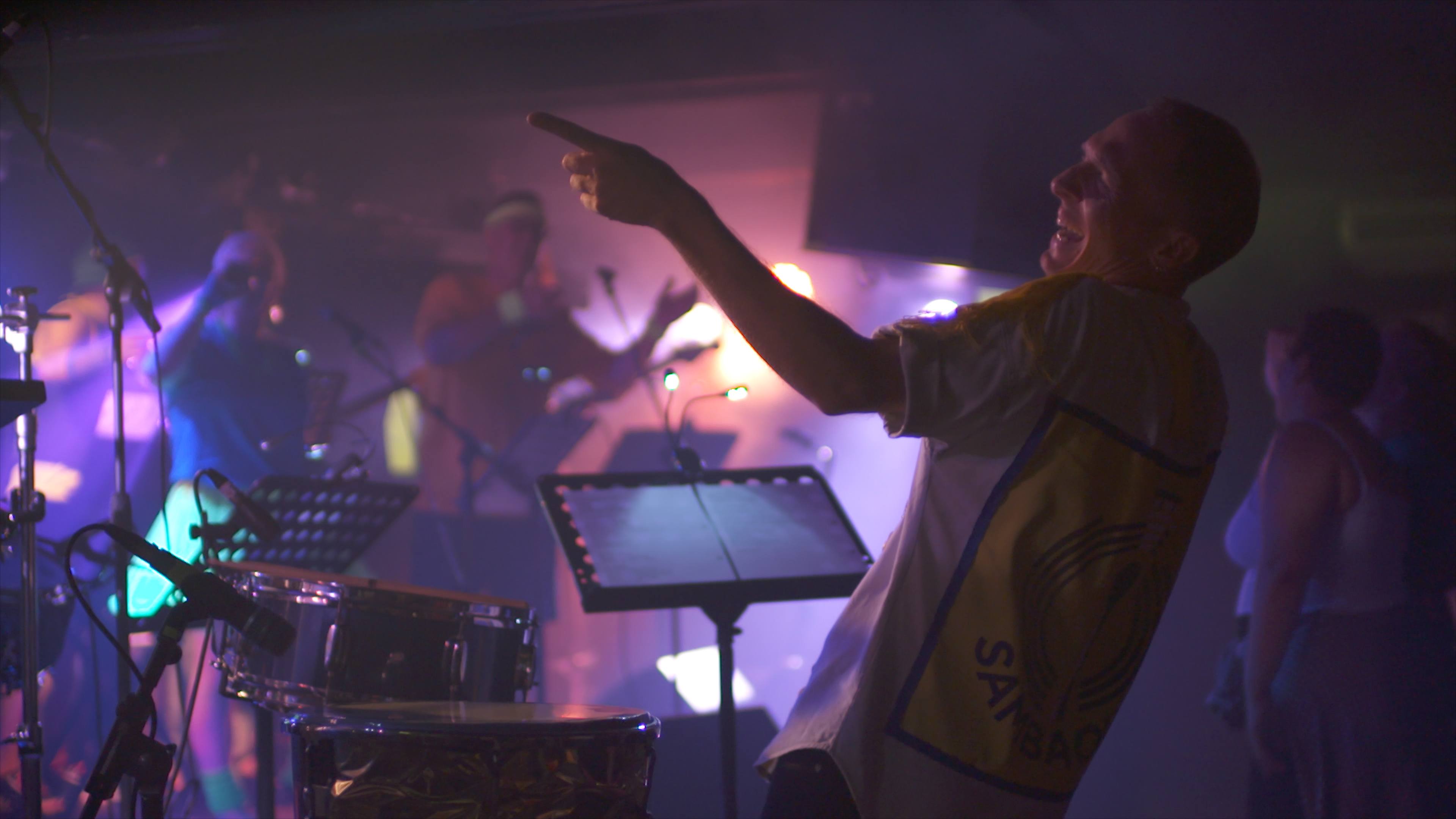 Sambaoke is a mass karaoke singalong with a live samba band!  The entire audience sings their hearts out, guided by two awesome comperes and following lyrics on a giant screen!

They are accompanied by a 16-piece samba band who played specially arranged versions of karaoke favourites ranging from a Rio-style version of Whitney’s ‘I Wanna Dance with Somebody’ to a drum’n’bass version of Britney’s ‘Toxic’!