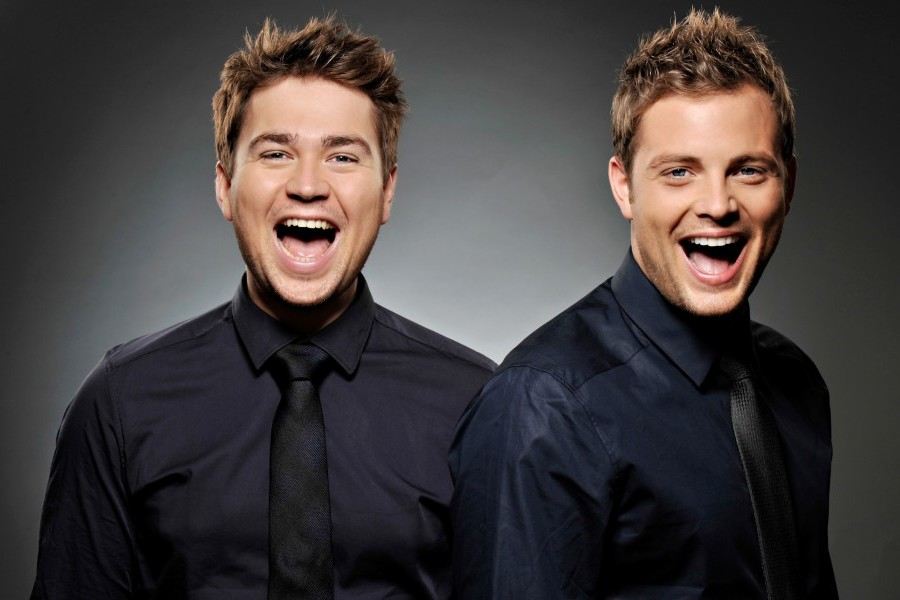 BAFTA award-winning presenters Sam Nixon and Mark Rhodes first appeared on our screens as contestants on Pop Idol back in 2003. Their friendship began whilst filming backstage VT’s and they have been inseparable ever since.

The brand new hosts of the classic revamp, Crackerjack!, the duo are also well-known for presenting the hugely popular Sam & Mark’s Big Friday Wind Up, for which they received two Children’s BAFTA’s during the show’s impressive eight series run.

Sam and Mark are family favourites with a wealth of credits including Match of the Day: Can You Kick It, TMi, Copycats, Junior Bake Off, Top of The Pops Reloaded, and Taking the Next Step.

With hundreds of hours of live TV under their belts, it comes as no surprise that Sam & Mark have also created a high energy and fun-filled family stage show, which they have performed up and down the country, touring theatres and delighting audiences across live events, festivals, and the national institution that is Butlins.