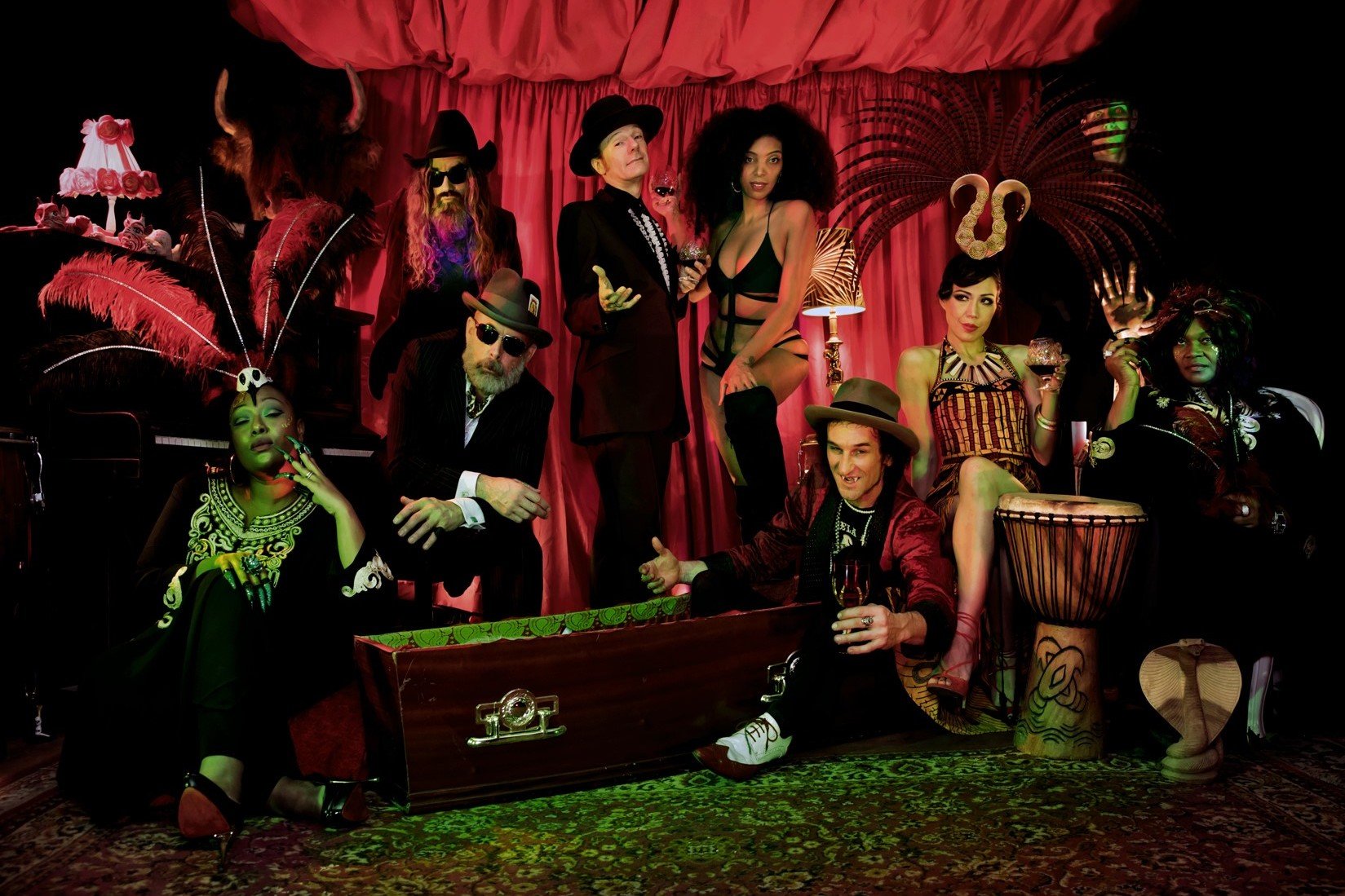 The Future Shape Of Sound are a 10 piece gang who draw their influences from artists such as Sister Rosetta Tharpe, Clara Ward Singers, Slim Harpo, and Hasil Adkins.

He is joined by Stuart “Lodekka” Dace whose gloriously chequered career has seen him play sax on the classic Primal Scream album “Screamadelica”, join Mo’ Wax band Deep Joy and work as Head of Design at Chrysalis Records. Having trod the stages of many smooth niteries and major outdoor congregations (Bestival, Secret Garden Party, Larmer Tree, Gypsy Hotel, Hipsville, Grillstock, and Wilderness) with varying live incarnations of The Future Shape Of Sound, the two operators decided that it was a fine time to put in some graveyard shifts at Alex’s Space Eko East studio to re-align some magnetic fields and scratch their rootsy mix of Shakedown Gospel and Primitive Blues into some platters. Clutching a bunch of songs, they picked up the blower to fellow believers asking who’d be up for and down with adding their un-cubistic talents to the band. The believers heard the call and the result is an album which some say is like a snapshot of one of the most vibrant, contemporary Rock ’n’ Roll scenes in London.