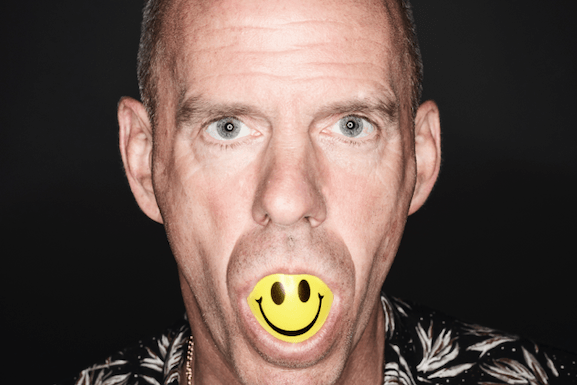 If there’s one man who we knew we could rely on to bring the spectacular to Camp Bestival it is, of course, our great friend and serial rave god Fatboy Slim.

Well into his third decade of one of the most glittering careers in dance music Norman remains one of the world’s biggest DJs, touring the world from Tooting to Tokyo, Sydney to Streatham, you’ll be hard-pressed to find a harder working DJ, not surprising for a man who invented the superstar DJ practically singlehanded.

It’s not all about his prowess behind the decks though, let’s not forget the raft of amazing tunes the man has produced himself, from Rockafeller Skank to Praise You, Going Out of my Head to Right Here Right Now, his 4 massive artist albums have defined generations of dance music and that’s not even touching on the stuff he’s recorded under a myriad of other monikers, the man is quite simply a dance music god who we’re ecstatic to be welcoming back to headline Saturday night at Camp Bestival.