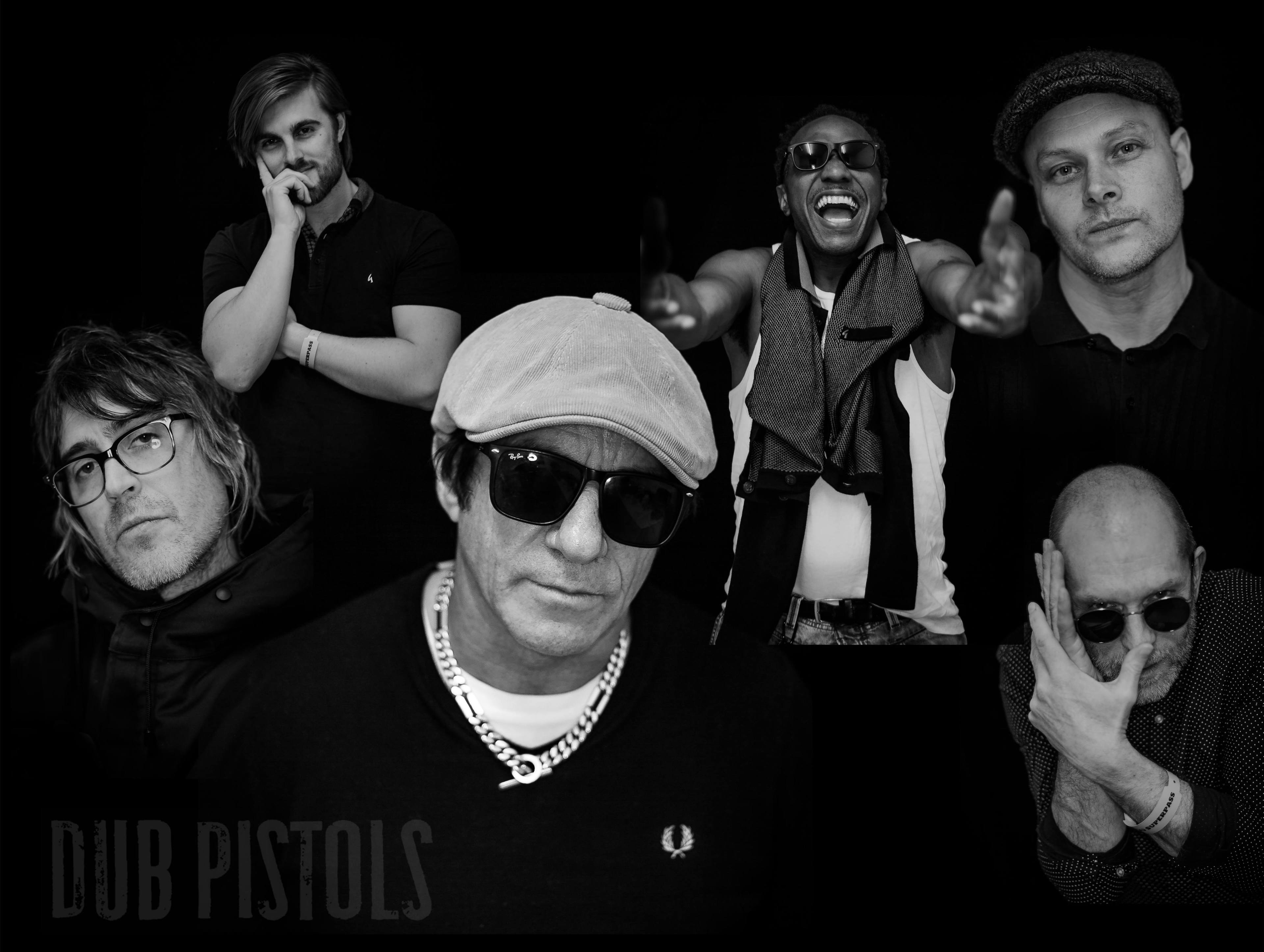 Barry Ashworth and Jason O'Bryan aka the Dub Pistols have spent the best part of a decade at the forefront of Beats culture. Chewing up hip-hop, dub, techno, ska and punk and spitting them out in a renegade futuristic skank that has consistently defied categorisation and exceeded the highest of expectations.

In recent years the Dub Pistols name has continued to circumnavigate the globe, thanks to a number of high-profile gigs with the full band, and various 'Soundsystem' dates - DJ + scratch DJ + MC - or Barry DJing solo.

Fronted by UK hip-hop hero Rodney P and wicked young US rapper T.K. Lawrence and backed by one of most talented collectives of musicians known to man, the Pistols have cemented their line-up and their reputation at the forefront of alternative underground music.