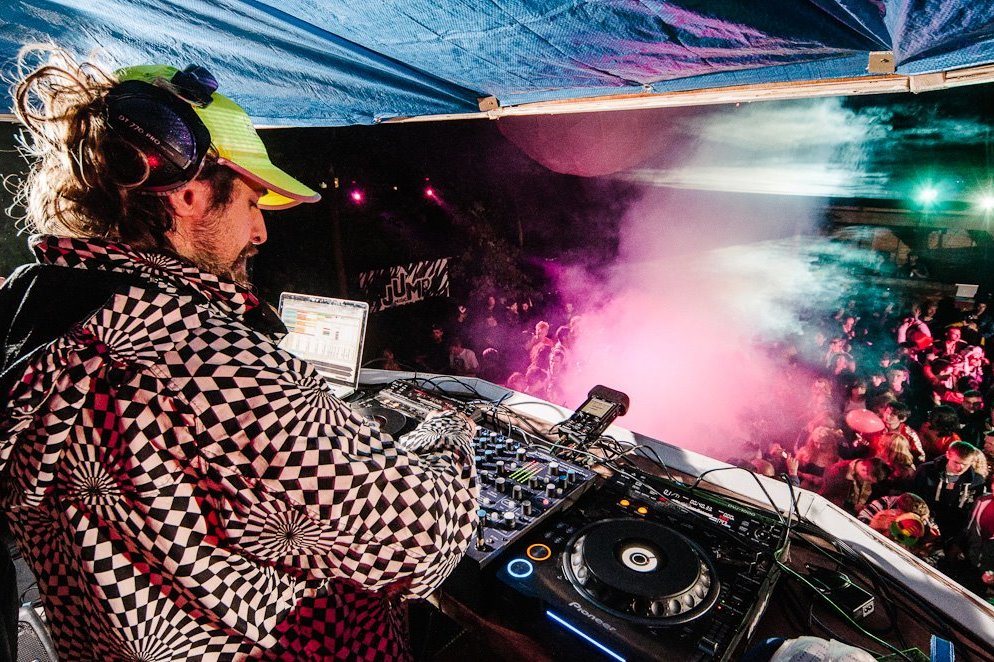 Hungry Man’s musical development began amidst the glare of stage lights in his school theatre, where the future DJ/Producer would do the lights or sound for jazz concerts at his school. This experience gave him a love of jazz legends such as Miles Davis and Glenn Miller.

In an intriguing parallel, the young Hungry Man was slowly becoming disenchanted by the overhyped Britpop on conventional radio and at the same time being entranced by the sonic rebelliousness of pirate stations. In his own glorious words, “I loved the rawness of the music, and the attitudes of the DJs, who were breaking the law, risking their freedom and their record collections to fly the flag for their culture. This was a polar opposite to the slick produced shows and A & B playlists of national radio. Pirate music was genuine and legitimate and this can-do attitude as much as the music itself influenced me to get involved”.

Hungry Man’s consciousness combined his early jazz influences with more outlandish urban underground idols such as Lee Scratch Perry, The Prodigy, Orbital, Fun Lovin’ Criminals (whose debut album he still claims as being one of his favourite records) and Fugazi in a compelling combination that is reflected in his music.