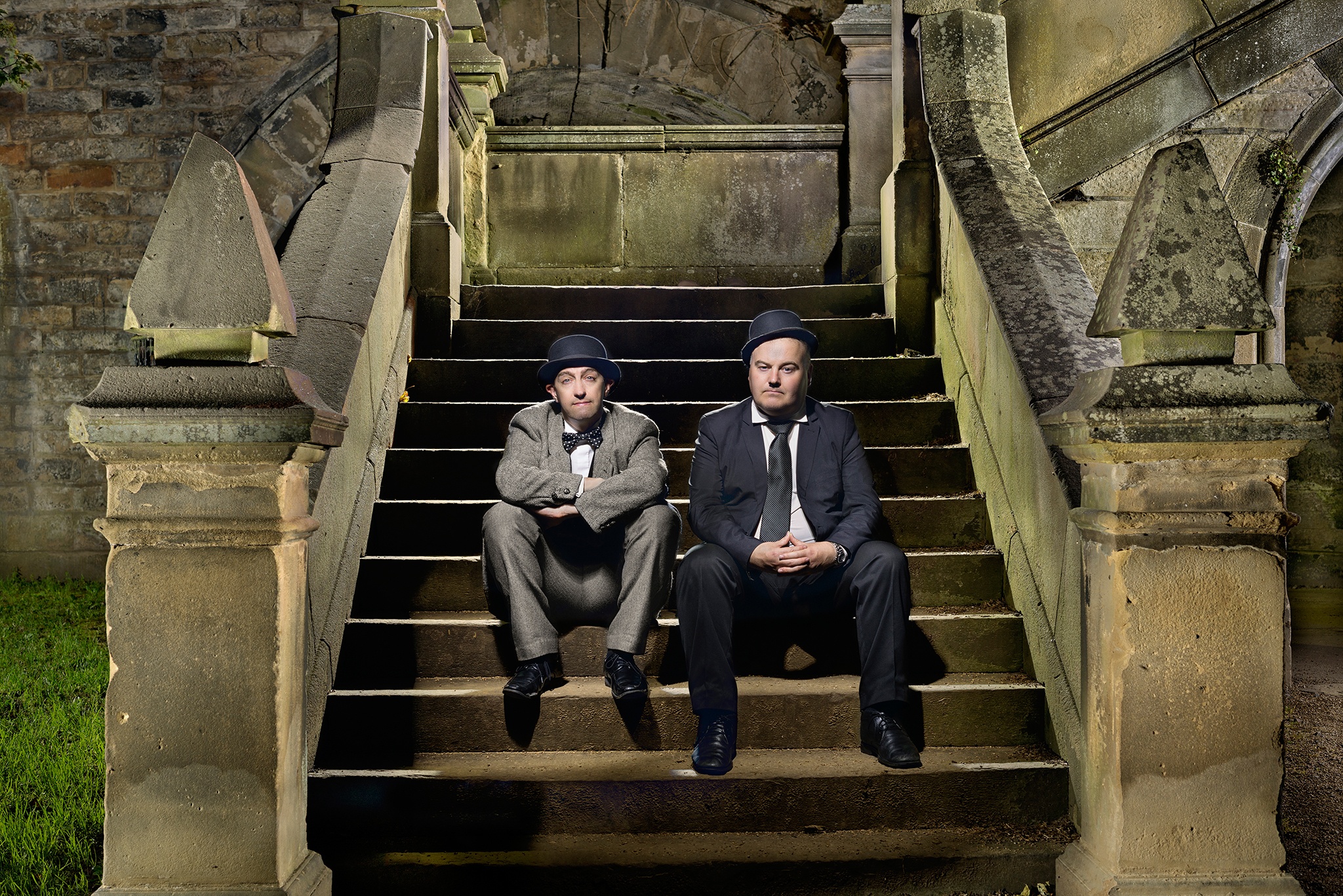 Lucky Dog Theatre Productions have been performing to full tents at Camp Bestival since 2013. They are widely regarded as the best Laurel and Hardy re-enactors in the world and have played in Europe and America as well as being a hot ticket every year at the Edinburgh Fringe Festival.

This is silly but safe comedy for the whole family; a collection of some of their best-loved sketches, songs and dances from the films but also some hysterical rare material they only performed on stage that Tony and Philip have now made their own. Take a break from the bass, bring your brood, and laugh your socks off.