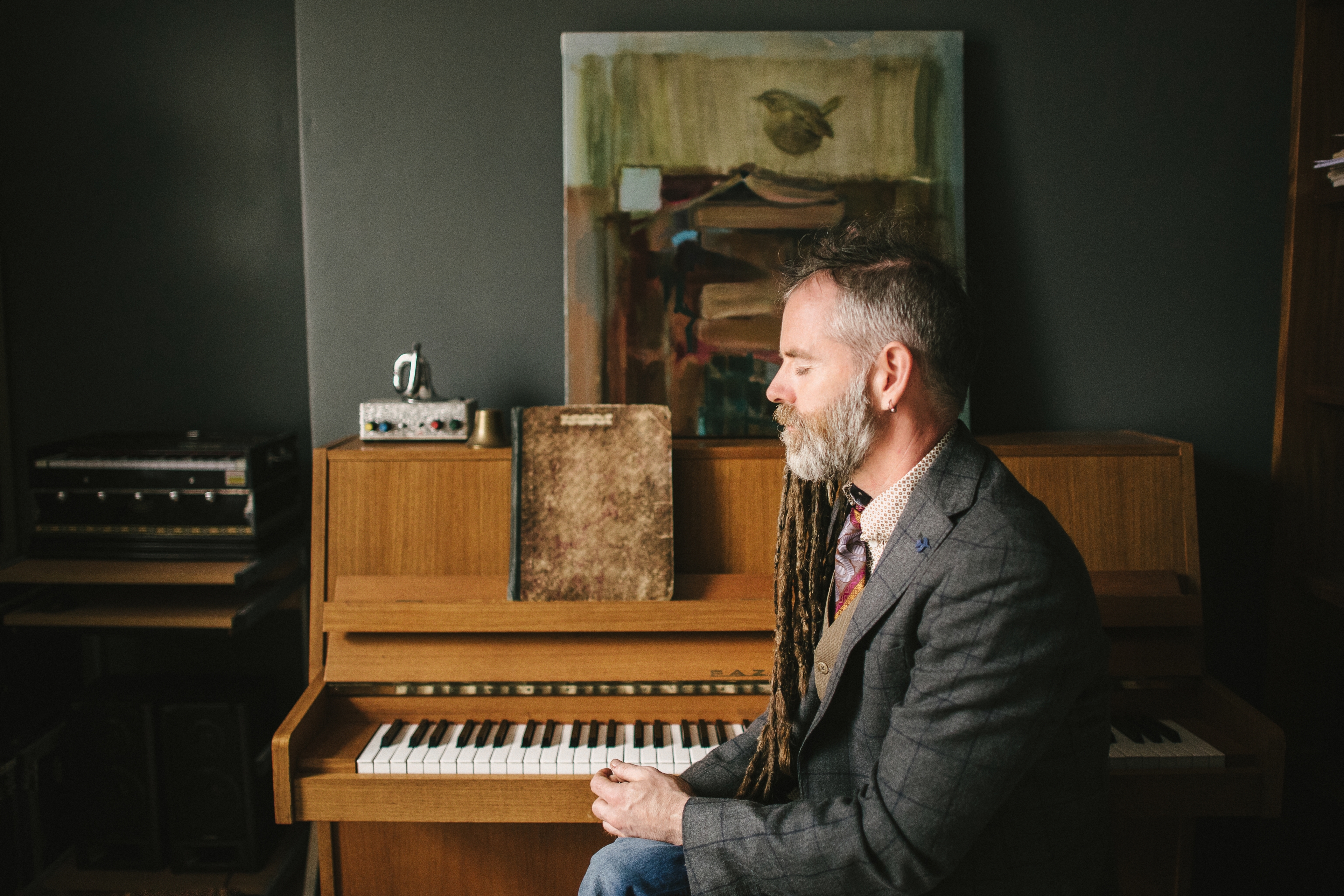 By nature Duke Special (aka Belfast's Peter Wilson) is a curious person. He is curious about music, theatre, books, poetry, art, love, life, redemption, death, 78RPM records and most recently, gardening! All of this is evidenced by the variety of musical adventures throughout his 16 year-career. He has released many records and toured all over the world, but his creative talents have seen him involved in a diverse array of other projects, including writing the music for Deborah Warner’s critically acclaimed 2009 production of ‘Mother Courage and Her Children’ at London’s National Theatre and being commissioned by the Metropolitan Museum of Art in New York to write a series of original songs based on photographs for their exhibition of the photographers Stieglitz, Steichen and Strand. His most recent studio album, 'Hallow' is a beautiful collection of songs entirely based on poems by Belfast poet Michael Longley, whose poetry is full of gentleness, honesty, mischief and love. Duke has also ventured into the world of musical theatre, often joining forces with stand-up comedian Andrew Doyle. Together they brought a brand new adaptation of 'Gulliver's Travels' to the Lyric Theatre in Belfast and they then collaborated on 'Paperboy' - a heart-warming musical drama, based on the memoirs of Tony Macaulay also staged at The Lyric in Belfast. Duke is currently working with writer Bob Kelly on a new musical adaptation of the Patrick McCabe novel 'Breakfast on Pluto', which will be premiered at the Galway International festival in July 2020. Over the years, Duke has played live to captive audiences across the world. Whether he performs solo, as a duo with his long-time friend and percussionist Chip Bailey or with a full band or a string quartet, a Duke Special show is always a unique experience. In December 2018, he played a sold-out show at London's Union Chapel (as well as shows in Dublin and Belfast) performing a retrospective of his work to date with a selection of special guests, including Iain Archer and Romeo Stodart. He then returned to Union Chapel by popular demand in November 2019 with a different set of special guests, including Greg Butler. Beth Rowley and Matt Hales (Aqualung), and hopes to make this an annual event.